The hunger problem has spread its roots so widely and deeply all around the world that eradication of hunger seems a distant dream without the coherence and cooperation of each one of us. We’ve earned enough of luxury for ourselves but we also need to realize that there’s no better expenditure of money than making a donation to feed the hungry. According to the 2016 Global Hunger Index Report, roughly one in four children is affected by stunting and 8 per cent of children are affected by wasting.

We witness many of them daily and the sight really breaks our heart. But we somehow manage to move on. If everybody starts working towards change, imagine the results? We need to make a paradigm shift and to perfectly exemplify this. Akshaya Patra, an NGO registered under Section 80G of Income Tax Act, has been doing outstanding work since 16 years. If you look at the history of mid-day meal scheme in India, you will notice two important positive results: increase in school enrolment rate and decrease drop-out rates. But there’s still so much to do.

The scourge of global hunger

Hunger is comprehensively measured and tracked at the global, regional, and country levels by a tool called the Global Hunger Index. According to the 2016 GHI Report, ‘Regionally, the highest GHI scores, and therefore the highest hunger levels, are still found in Africa, south of the Sahara and South Asia. As a matter of fact, India, a South Asian country, is a home to 33% of world’s undernourished children. And if our ignorance towards this problem is persistent, we’ll ultimately end up with distressingly high level of hunger around the globe. Now, this is where Akshaya Patra lets and urges us to help those in dire need of our sponsorship with an additional benefit of tax exemption in India. We need to realize our responsibilities towards society and raise funds for children charity. 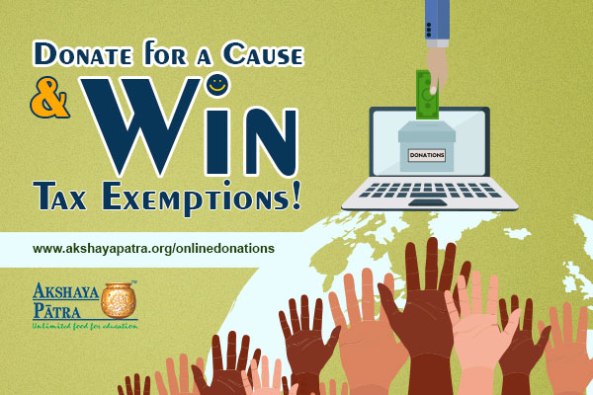 The two most critical sustainable goals

By pledging to eradicate undernourishment and provide unlimited food for education, Akshaya Patra targets the two most critical UN sustainable goals: Zero Hunger and Quality Education. The history of mid-day meal tells you that Akshaya Patra has presented a chance to fulfill dreams for those 1.7 million children who are deprived of education because of hunger. The splendid outcomes have made Akshaya Patra well-recognised across the world. With the perpetual expansion of such selfless programmes and philanthropic donors raising children charity open-handedly, the decrement in undernourishment and increment in literacy level is assured. 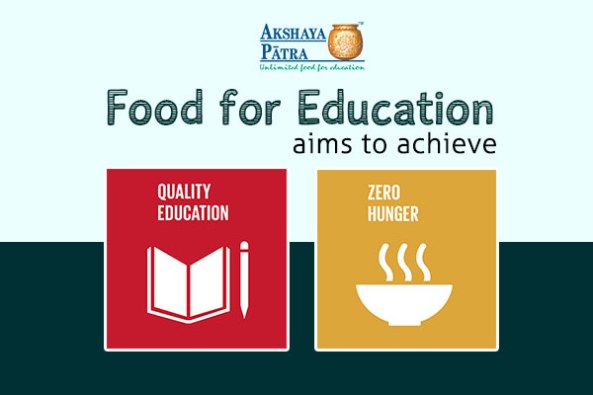 A strong stand against all other national challenges

Various inhibitions to development like gender inequality, poverty, crimes, violence etc. are inextricably linked with education. Nelson Mandela realised this long back. He described education as a weapon to change the world and a great way to foster peace in societies. Unfortunately, many children are deprived of education because of financial incapability and social backwardness. 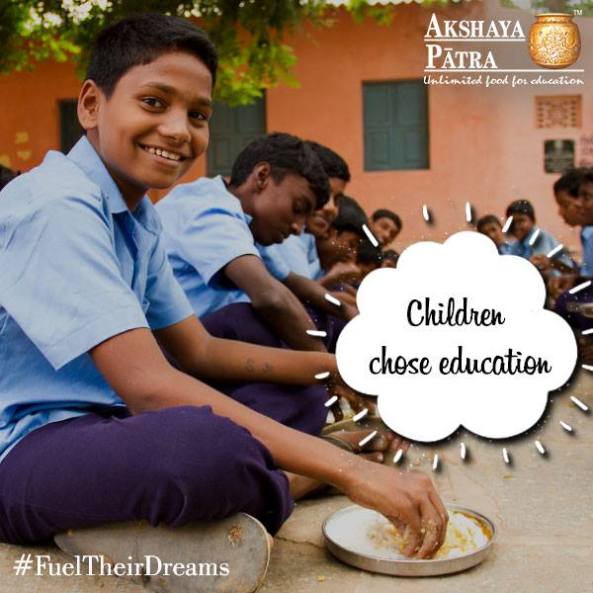 Let’s embrace the humanitarian core and do some charity donations today, not as a gesture of tokenism but as an ardent yearning to defeat hunger. Make a donation in honour of someone today. 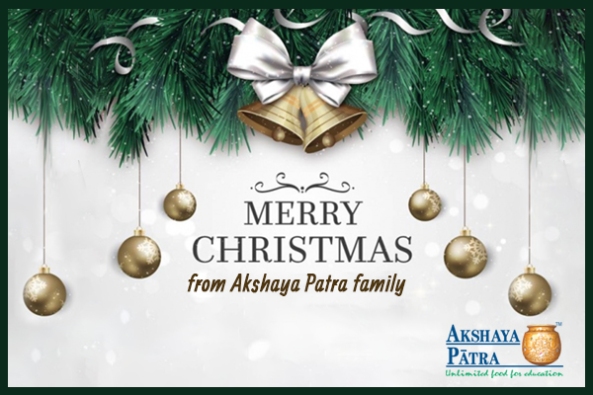 Christmas season is here which also means it’s time to give something back to society! While we all get busy looking for best Christmas gift ideas for our friends and family, Akshaya Patra has one compassionate idea that will leave you with pride! How about sponsoring a child’s meal for an entire year? And what if we told you Rs 950 covers the cost of meals for an entire year?

In the midst of everything that’s on this planet, children teach us the meaning of innocence, spark a lot of fun and are the most curious little beings. Unfortunately, not all children get a fair chance to experience freedom. Unfortunately, some children are not even students. Akshaya Patra touches upon these lives by given them one basic need which is also the source of everyone’s survival – food. The organisation provides nutritious mid-day meals to children in government and aided schools thus encouraging children to enroll in school and continue their education.

To ensure more children receive food and education through this charity for children, you can make a thoughtful donation to Akshaya Patra: sponsor a child. By donating, you will receive 100% tax exemption as per Section 80G of Income Tax Act. But we’d also like to tell you that this is not just a contribution but an attempt to transform a young life and give them the freedom to dream big.

If there’s more you would like to do for children, you can try creating charity fundraising campaigns on our website in a few simple steps. The funds received from online fundraising campaigns help us reach out to more children. This Christmas, while you wait for your gift to be kept under the Christmas tree, why don’t you make it special for a child by being his or her Santa? Gift a child an uninterrupted education by making a donation of Rs 950!

Akshaya Patra, NGO for children head quartered in Bengaluru, is present across 11 states in India. Every day, the Foundation reaches out to over 1.6 million children with nutritious mid-day meals to ensure their school attendance is not affected due to hunger. You can sponsor a child and receive 100% tax exemption as per section 80G of income tax act.

‘Education for all’ has been resonating in everybody’s mind and yes, India is on the path to achieving this. However, education does not always synchronise with quality. United Nations, in one of their papers presented at The International Working Group on Education Florence, Italy in June 2000 defines quality education in five points:

The first point in particular talks about children who are well-nourished learners. What Akshaya Patra, a charity for children, is focusing through their Mid-Day Meal Programme is – increase a child’s nutrition intake as well as ending classroom hunger. Through charity fundraising activities, the Foundation receives sustainable help from several people and corporates across the globe.

Divya, one of Akshaya Patra beneficiaries, says she likes ‘warm and nutritious food.’ This one incentive that children receive every day encourages them to pursue their education without fear and also makes them aware of societal issues. Some of our beneficiaries testify that they would want to grow up to help the society – a value that helps spread kindness.

As we expand our Mid-Day Meal Programme to more schools and locations, we urge the people to contribute to a healthy future. Akshaya Patra’s donors can avail 100% tax exemption for donations above Rs. 500 as per section 80g of income tax act. This article gives you an overview of how you can avail the exemption and why it is important to donate for education in India.