Non-government organisations often take up charity for children because they know children are the future of the nation. There’s a long list of NGOs in Bangalore that are involved in the causes related to children. 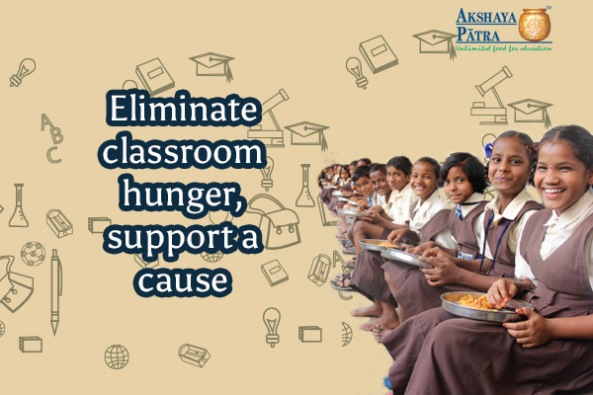 Among them is a prominent NGO in Bangalore, Akshaya Patra that provides food and education to children through charity resources. This specific charity for children aims at reducing classroom hunger, thereby, bringing children to schools. NGOs like this are playing a crucial role in eradicating both hunger and illiteracy among children. The NGO in Bangalore follows a certain guideline which is used while preparing a wholesome lunch in their kitchen. With its state-of-the-art kitchens that prepare hygienic food, the NGO ensures that more and more schools are added in the list of serving the food in Bangalore schools.

This cause also encourages parents to send their children to school and gives them an equal opportunity to study as well as get a healthy meal. Akshaya Patra believes that both physical and mental growth of children could be stunted if they are not served nutritious food.

Even as the government in India strives to make primary education free and compulsory for children, school drop-out rate continues to rise. And the major cause of this rise is classroom hunger. The only effective way to eliminate this cause is to serve wholesome mid-day meals in schools so children are motivated to attend schools every day.

The NGO gives its well-wishers an opportunity to contribute towards this charity by inviting online donations, encouraging people towards online fundraising campaigns and partnering with corporate sector for resources and volunteers. You can also play a major role in helping NGOs such as Akshaya Patra by choosing to contribute in whatever way you can. Sponsor a child today!